She likes a rigged game, you know what I mean?”
— R.P. Murphy in Ken Kesey’s One Flew Over the Cuckoo’s Nest 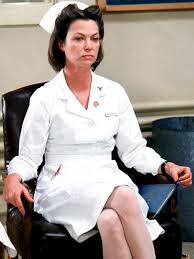 An article published in the March 17, 2014 newsletter Alcoholism and Drug Abuse Weekly entitled “Physician group urges focus on spiritual and psychosocial” describes a group of doctors emphasizing “that for all addictions, the psychosocial and spiritual interventions, including 12-step interventions must be included in the treatment process.”   “According to founding board member Dr. Ken Thompson, M.D., “to not do so falls short of practicing good addiction medicine.”
With a “significant percentage” in 12-step recovery themselves, “they have formed group called “Like-Minded Docs.”  This group now has close to 300 physicians, “many of whom are medical directors of top treatment programs and also members of the American Society of Addiction Medicine (ASAM).”

Dr. Thompson is  the Medical Director of Caron treatment center in Pennsylvania. The group also includes medical directors of many other treatment centers including Hazelden, Talbott, Marworth, and Promises.   The President of the American Society of Addiction Medicine is in fact a Like-Minded Doc.

The number of like-minded docs represent over 10% of the American Society of Addiction Medicine (ASAM).
Ostensibly I applaud the ideal of addressing the psychosocial and spiritual aspects of addiction.

I also acknowledge that alcoholics anonymous and 12-step recovery is a treatment tool that can provide great benefit to some people.   But to others it provides no benefit and to some it can cause harm.   As most reasonable people would agree, forcing individuals into a thought process of spirituality should never be mandated.

That being said, I have no strong feelings for or against A.A and 12-step spirituality.  I view it through the same pluralistic and open-minded lens as I do religion–there are many paths to salvation and none superior.

I have referred patients to A.A. and see it as an option and a personal choice that can provide great benefit to some people, none to others and in fact harm those who are not aligned with the concept.

If it works for you great. If not then let’s take a different approach.
Although the ideals of the Like-Minded Docs are laudable, it is the framework that is concerning as it creates a confluence of currents that preclude option and choice.

It is a scaffold that can be used for coercion, control, and imposition.   It can be abused.

Originally funded by state medical societies and staffed by volunteer physicians, PHP’s were designed to help sick doctors and protect the public. Over the past decade these programs have undergone a sweeping transformation due to this subgroup of the  ASAM.

It is important to understand that the ASAM is not recognized by the American Board of Medical Specialties (ABMS). They created their own “board certification” (ABAM) and the only requirement is an M.D. in any specialty and some sort of experience in substance abuse.  This is not a medical specialty but a “special interest group.” 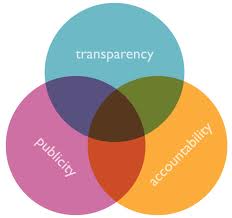 Trumpeting the false dichotomy that addiction is a “brain disease” and not a “moral failing” while portraying themselves as altruistic advocates of the afflicted, this subgroup of the ASAM has cultivated an organization that exudes authority, knowledge, respectability, and advocacy.  But they are an illegitimate authority and others must be made cognizant of this fact.

The ASAM has set forth definitions of addiction, shaped diagnostic criteria, dictated assessment protocols and shaped public policy all under the guise of scholarship and compassion. But is this the real motive?  I don’t think so.

This same group introduced junk science such as the EtG and PEth alcohol biomarkers through Greg Skipper, FSPHP, ASAM, and a like-Minded Doc who can also be found on this list.  The conflicts-of-interest are serious and vast.

This same group has created the “impaired” physician construct as well as the  “moral panic” of a hidden cadre of drug addled and besotted doctors protected by a “culture of silence” that has seriously damaged the reputation of doctors and the medical profession through the eyes of both regulators and the general public.

This same group has introduced and promulgated the nebulous “disruptive physician” and successfully fostered a moral crusade to attack this huge apparently hidden but non-existent threat.

The next target is the “aging physician” and if you do an internet search you will see they are currently fomenting a call to arms to root out senility in medicine.

This same group used the same tactics in each case.

With no evidence base they used propaganda and disinformation to convince regulatory and administrative medicine that witches are real, witches are dangerous, and that they were the experts when it came to identifying, assessing and treating witches.    And it worked.
By infiltrating state PHPs they have become the might and main of addiction medicine in the United States.

By removing dissenters who disagreed with the groupthink they have taken over almost all  of the state PHPs organized under the Federation of State Physician Health Programs (FSPHP).

And this is where it becomes interesting.

State PHPs are very strict when it comes to choice in rehabilitation facilities for for physicians in need of assessment and treatment for substance abuse.

In fact there is no choice in the matter.
As home to some of the countries top ranked hospitals and most prestigious medical schools Massachusetts is an international healthcare hub with world-class teaching, research, and clinical care.

Two of the top three psychiatric hospitals in the United States as rated by U.S. News and World Report are found here in Massachusetts with McLean Hospital earning the top prize and Massachusetts General Hospital ranked number three.

However, this medical mecca of learning and research is apparently unable to attract anyone with competence and skill to assess physicians for substance abuse or disruptive behavior.
In Massachusetts if the State PHP, PHS,inc. feels a physician is in need of an assessment the evaluation must be done at “a facility experienced in the assessment and treatment of health care professionals” It must be done at a “PHP-approved” facility. No exceptions.

And apparently these esoteric skills are only found in Georgia, Arkansas, Alabama, and a half dozen other places.

One of the issues Knight and Boyd discussed was the conflicts of interest between the state PHPs and the evaluation centers.

One comment I was surprised got past editorial review was that the treatment centers may “consciously or otherwise” tailor diagnosis and recommendations to the PHP’s impression of that physician. “Consciously” tailoring a diagnosis is fraud. It is political abuse of psychiatry.

If you look up the medical directors of the “preferred facilities” and then cross reference with the list of LMD’s you get a perfect match.
So when the PHP refers a physician for an evaluation and gives them a choice of an assessment facility there is no choice.

It is three card monte. It is a shell game. Heads I win tails you lose.
The ASAM has imposed the prohibitionist chronic brain disease spiritual recovery model of addiction on the field of medicine.

It is a system of coercion, control, and indoctrination. And another ASAM Like-Minded Doc, Robert Dupont, is calling this the “new paradigm” of addiction medicine and wants to spread it out to other venues including schools.
Like-Minded Docs solves the final piece of the puzzle. It explains why so many doctors across the country are claiming fabrication and manipulation of personality and cognitive tests to support nonexistent diagnoses.

They are not gathering data to form a hypothesis but making data fit a hypothesis that arrived before they did.

It also explains the marked increase in physician suicide.

With guilt assumed from the start, no due process, no appeal and no way out physicians are being bullied, demoralized, and dehumanized by these zealots to the point of hopelessness.

This needs to stop.

Medicine is predicated on competence, good-faith, and integrity. Medical ethics necessitates beneficence, respect, and autonomy. The scaffold erected here is designed for coercion and control. Exposure, transparency, and accountability are urgent. An evidence based Cochrane type assessment of their “research” and an Institute of Medicine Conflict of Interest review are long overdue.

The emperor has no clothes and sunshine is the best disinfectant. 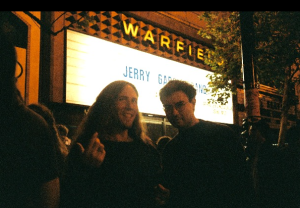 4 thoughts on “The Need for Anti-Trust and OIG Investigation of Physician Health Programs—Sunshine is the Best Disinfectant!”

Sign the Petition calling for a Performance Audit of Physician Health Services, Inc. and / or call Massachusetts State Auditor Suzanne Bump at 617-727-6200.