Even in fortunate times,
The nectar is spiked with woe.
Gods are incorrigibly
Capricious, and the needy
Beg in Nineveh or sleep
In paper-gusting plazas
Of the New World’s shopping malls.
Meantime, the tyrant battens
On conquest, while advisers,
Angling for preferment, seek
Expedient paths. Heartbroken,
The faithful advocate looks
Back on cities of the plain
And trudges into exile.
And if any era thrives,
It’s only because, somewhere,
In a plane tree’s shade, friends sketch
The dust with theorems and proofs,
Or because, instinctively,
A man puts his arm around
The shoulder of grief and walks
It (for an hour or an age)
Through all its tears and telling.

Timothy Steele, “Golden Age” from Sapphics and Uncertainties: Poems 1970-1986. Copyright � 1986, 1995 by Timothy Steele. Reprinted with the permission of the University of Arkansas Press, www.uapress.com.

Source: Sapphics Against Anger and Other Poems (1986) 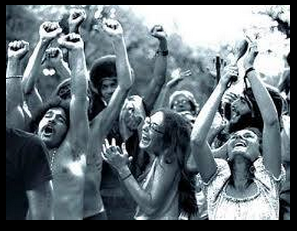 Disappointed that his grandiose proposal to test the urine of half the U.S. population for illicit drugs was declined in the 1980’s, Bob realizes such a large swath was too tall an order. Acknowledging that his dream of lifelong urine drops for each and every one of the riffraff at least once a fortnight will take time, he decides to focus his attention on specific subsets of the great unwashed such as school-children, welfare mothers, the unemployed and whatever they are calling Hippies these days.

4 thoughts on “A Golden Age”

Sign the Petition calling for a Performance Audit of Physician Health Services, Inc. and / or call Massachusetts State Auditor Suzanne Bump at 617-727-6200.